7 Myths and Misconceptions about Freelancers

7 Myths and Misconceptions about Freelancers

Although freelancing has become a popular and socially accepted professional path, a lot of people still have misconceptions 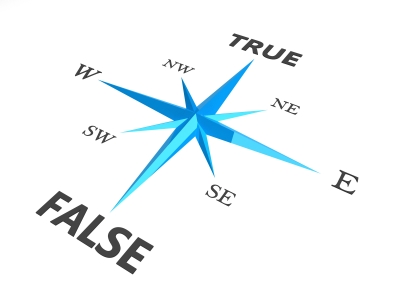 about what freelancers are all about. Individual freelancers do what they do for diverse reasons, and they all operate in their own unique ways. While no two are exactly alike, there are some common myths about freelancers in general that sometimes lead to misunderstandings and unrealistic expectations when working with them.

Myths and Misconceptions about Freelancers

Freelancers freelance because they’re between jobs or they can’t find a job.

The freelancers I know have marketable skills and talents that companies would be thrilled to have in-house. Having been approached about positions at several companies locally, I’d certainly like to think I could get a “day job” if I really wanted one. The freelancers in my circles have made an active decision to take that career path. They’re not doing it because they don’t have other options.

Freelancing is a “side job.”

While some freelancers hold other jobs and do their freelance work on the side, many are freelancers full-time. Freelancing is their business – and they treat it that way.

Freelancers will work for peanuts.

Indeed, if you look for them on Elance or the like, you will find freelancers who work for next to nothing. Hire them and I guarantee you’ll get what you pay for. Most freelancers are professionals and know what they’re worth; they’re not going to accept less. Sure, at times we’ll meet clients in the middle if our rates and their budgets don’t match up, but we’re not desperate and won’t be intimidated or bullied into giving our time and talent away.

Freelancers have a lot of spare time.

While that might be true of freelancers who are starting out, established freelancers have an established clientele and will probably have a full project schedule. Don’t wait until the last minute to call a freelancer about a project and expect them to turn it around the next day.

All Freelancers are introverts.

Some are, but not all. I personally thrive on collaboration and interaction with clients and colleagues. Yes, I need my alone time to focus on projects and get my work done, but what I love most about freelancing is my limitless freedom to build relationships with others in the business community.

Freelancers are willing to work at all hours of the day and on weekends.

While working hours for freelancers can vary depending on their professional and personal situations, many of us like to have structure so we have some separation from our work to rest and refresh. Some freelancers will answer emails on evenings and weekends, some won’t. I occasionally will, but if a client starts to invade my personal time too much, I cease and desist. The best way to know what to expect with freelancers is to ask them about their working hours up front.

Freelancers work in their pajamas.

OK, we all have at one time or another, but PJs aren’t the universally accepted uniform of the freelancer. Yes to comfy clothes in the home office, but working in what I slept in the night before isn’t conducive to productivity. Other freelancers have shared the same. Freelancers are hard-working professionals, not lazy loungers!

Again, all freelancers are unique and you’ll find exceptions to every rule. When or – better yet – before you work with freelancers, ask about their working style, typical project turn-around time, work hours and anything else that might impact how you collaborate and communicate. Realistic expectations and understanding are the keys to a mutually beneficial working relationship.

What other myths and misconceptions have you encountered about freelancers?

5 comments on “7 Myths and Misconceptions about Freelancers”