Do #Hashtags Make a Difference?

Do #Hashtags Make a Difference?

I’m not a big hashtag user. Yes, I have used them, but generally that’s when I’m retweeting someone else and they’ve 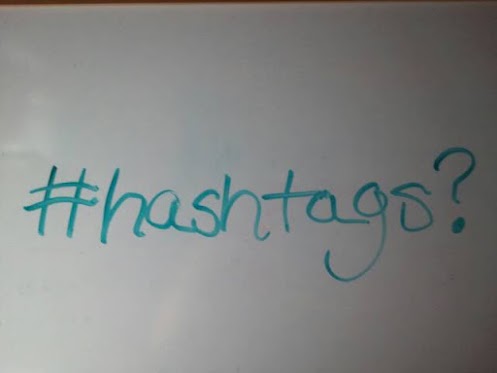 I guess the writer in me looks at them as a bit of an annoyance:

They’re an interruption. There you are just reading along and “Blammo!” There’s a hashtag disrupting the flow of the content.

They’re blatant attempts to get noticed. They seem so ostentatious. “Hey, look at me! I’m tweeting about something REALLY important!”

Ben Rimalower’s recent post Hastags are Over pretty much echoes my sentiments, but unlike Ben, I do still see some Twitter veterans using hashtags in their tweets.

One reason that makes me scratch my head in wonder…

I get that hashtags are a way of identifying that a tweet focuses on a specific topic or brand. People interested in that subject can search by typing the hashtag into the “Search” field on Twitter.com or filter by that hashtag in Hootsuite or some other dashboard tool. But when you’re using a specific word or phrase in the tweet anyway, there really seems to be no reason to make it a hashtag. Anyone interested in that keyword will find you regardless of whether or not you use a # in front of it.

One reason that makes sense…

Then there’s using hashtags for Tweet Chats. That one still makes sense. If you’re holding or participating in a live Twitter group discussion, a hashtag (like #smallbizchat for example) enables people to filter out everything else and only see tweets that are a part of the conversation. And by adding that hashtag to the questions or responses that you tweet during Tweet Chats, other participants will be sure to see your tweets.

Hashtag use: Necessary or not?

So it seems hashtags are both obsolete and highly relevant at the same time. Although I currently use them sparingly, I’m curious to see if they would in any way make a difference in how quickly or how slowly my base of Twitter followers grows. I’ve been tracking my weekly followers for some time so I’ve got a good baseline metric for comparison purposes.

Starting Sunday, I’m going to make an effort to add at least one hashtag to every tweet for the next 4 weeks. At the end of my little experiment, I’ll report back on how the new approach affected the growth of my network.

What about you? Do you use hashtags and are they helping you grow your Twitter following?

7 comments on “Do #Hashtags Make a Difference?”