Four Common Email Shortcuts and Sidesteps That Could Cost You

Four Common Email Shortcuts and Sidesteps That Could Cost You

When you have a crazy-busy schedule and not nearly enough hours in the day, it makes sense to look for ways to save time. As 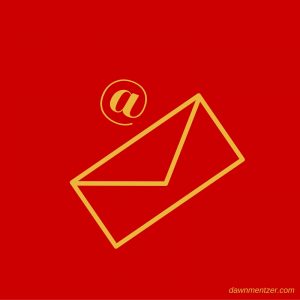 you’re squeezing in everything you possibly can in the limited time you have, you might find yourself taking some shortcuts and sidesteps with mundane, everyday processes—like handling email.

While some of those shortcuts (such as setting up filters or a priority mailbox format) streamline and boost efficiency, others can potentially cause you to lose opportunities, put business relationships at risk, and…well…make you look like a fool.

Four Email Mistakes That Could Hurt Your Business

All of the below are oopses that I’ve made or that I’ve seen made first-hand. Are you guilty of any of them?

Never checking who has sent the emails that landed in your spam folder.

I’ve learned the hard way that emails from prospects and clients sometimes turn up in spam rather than my inbox. Don’t miss out on viable opportunities or important information by completely ignoring your spam folder or deleting emails in spam without checking who they’re from first.

Not double-checking (BEFORE you hit send) to make sure you’ve included only the intended recipients.

This can trip you up in many ways. You might send confidential information to someone you shouldn’t have disclosed it to. As a means of venting frustration, you might have written something not so favorable about someone and then inadvertently included that person in the distribution (This happened to one of my friends who is by all accounts an accomplished professional.)

This can set you up for another email faux pas. Under most circumstances, people Bc other people in emails when they secretly want to let those people know what they’ve sent to the “To” recipient(s). That’s fine and dandy until someone who has been Bced “replies all.” Yep. Awkward. It can destroy trust and create hard feelings. If you want to keep others in the loop, consider Ccing them so it’s all up-front or forward them the email you had sent to the recipient. The latter is more stealth than a Cc but less risky than rolling the dice with a Bc.

Thinking that you’ll remember to put a commitment on your calendar later.

Assume you won’t, and reserve the time as soon as you’ve responded to an email with agreement to a meeting, a task, or an event. If your brain is pulled in diverse directions at nearly all times, trust me on this—your memory isn’t as phenomenal as you think it is.

The Fix For These Email Faux Pas?

All it takes is a few extra seconds and some attention to make sure you don’t make any of the mistakes above. Your email communications have the potential to make or break your business relationships. Why risk missteps that could make you look unprofessional or alienate clients or project partners?

What other easily preventable email mistakes have you seen other professionals make? What’s the worst one you’ve ever made?