Is the Lure of the Cool Kids’ Table Distracting Your Small Biz Online?

Is the Lure of the Cool Kids’ Table Distracting Your Small Biz Online?

Last week, my just-turned-teen daughter came home from school elated because one of the “populars” said “Hi” to her. This caught me off guard because she 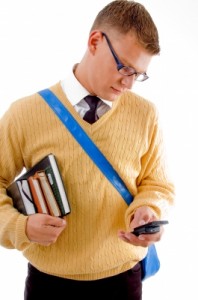 has plenty of friends and what seems to be a healthy level of self-confidence. Yet getting acknowledged by a particular popular girl was an incredibly self-affirming experience for her.

Being the inquisitive (nosy) parent that I am, I pressed her for more information. Why was this “Hi” so much more significant than a “Hi” from anyone in her circle of friends?

“Mom, I’ve been dying to be friends with this girl! She’s so cool!”

But I guess I really shouldn’t be surprised. I see plenty of people (solopereneurs, small business owners, marketers, and others) far beyond their teen years wanting to get noticed by the populars online.

I imagine you’ve seen it, too. Any given post by a social media heavyweight will get hundreds of likes and comments from adoring fans. And some of those fans practically fall all over themselves to get attention and gain affirmation that their wit and wisdom have made it on the radar.

Who can really blame them? With no shortage of articles out there about the importance of engaging influencers, folks get caught up in trying to get noticed.

But the reality is that crowded rooms are easy to get lost in.

Stars in your eyes? Look past them.

I’m not saying you shouldn’t interact with highly influential people online, but don’t get obsessed with it. People vying to get into their inner circles inundate the really big name folks on the web.

Good luck rising above the noise.

Don’t discount the potential of sharing content with (and by) other like-minded people who may not have the expansive following the big guns have, but who will find value in your content and appreciate your goodwill on the web. Engage them with a consistent mix of informative, interesting, and entertaining content and show them you’re present by responding to comments and reciprocating on their pages. You’ll get more likes, shares, and comments from people with a modest yet active following than by doing the equivalent of jumping up and down and frantically waving your arms in efforts to catch the eye of someone with a following in the tens of thousands or hundreds of thousands.

Most definitely don’t ignore the people on social media who have earned their status as a popular by consistently delivering great content. But don’t expend all of your time and energy trying to get invited to sit at the cool kids’ table.

I’m always open to alternate points of view. If you’ve had success getting noticed by influencers and it has helped your business, leave a comment and share your story.

Image courtesy of imagerymajestic at FreeDigitalPhotos.net

4 comments on “Is the Lure of the Cool Kids’ Table Distracting Your Small Biz Online?”