Frank Dickinson published a post a few months ago about engaging his audience on Twitter. Within it, mention of a clever 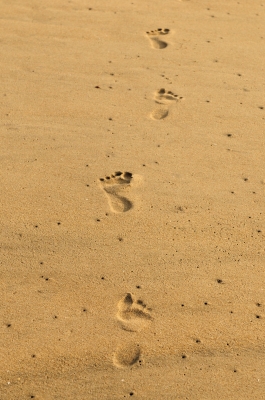 There’s a school of thought taught by some Twitter users that suggests you should follow everyone who follows you because it’s the kind thing to do. The sentiment is nice, but it’s senseless – especially if you’re aiming to seriously use Twitter as a business building, networking and learning tool.

Following folks simply because they followed you can quickly clog up your Twitter timeline with tweets that have no value to you. And that will detract from your ability to concentrate on the people and the tweets that have something to offer.

As an entrepreneur, you have a target audience and specific areas of interest. You focus on them in your other marketing and networking activities, and that’s what you should be most focused on when using Twitter, too. Ultimately, you want to build relationships with others in your industry (and complementary industries), prospective clients and those who influence prospective clients.

Don’t follow everyone who follows you – Before you click the “Follow” button, look at new followers’ profiles & check their recent tweets. Interesting? Informative? Relevant to your interests and/or industry? If yes, reciprocate. If there’s no synergy, don’t follow.

Don’t feel guilty about not following. If they’re following you for the right reason – because you’re tweeting content that they can learn from – then what have you got to be guilty about? I follow people who don’t follow me, but I don’t feel short-changed because they’re providing insight and new knowledge by way of their tweets.

Beware of the followers with far more “Followers” than the number of accounts they’re “Following” – There’s never a dead-even match in those numbers, but if someone’s got 5,596 followers, is only following 80, and has tweeted just 12 times, it’s suspicious. Chances are they’re following to get a follow – and will unfollow as soon as you follow them. Generally, you’ll find the really great Twitter reciprocators to have a relatively even number of “Followers” and “Following”.

Don’t play the Twitter numbers game – Sure, it’s tough to be patient when it seems like everyone else on Twitter has thousands of followers and you don’t. But wouldn’t you rather build a community of mutually interested users than connect with people who have no intention of engaging with you, nor you them?

Building your network based on genuine interest will certainly take longer than not being at all selective in your approach to following others, but your network WILL grow. And it will be one you can be proud of, and reap benefits from.