One Blogging Shortcut To Slash The Time You Spend Writing

One Blogging Shortcut To Slash The Time You Spend Writing 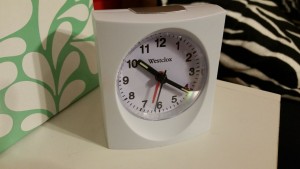 Naturally, it caught my attention. I’m always game for saving time if quality isn’t compromised in the process.

Although I personally doubted my ability to write a substantive, polished blog post in 15 minutes using any trick of the trade, I wanted to find out if dictating a post would make me more efficient.

I almost looked into buying Dragon Dictation on Android, but then realized I could convert voice to text using the Gmail app on my phone.

Yep. Gmail. The capability of dictating an email has been there for a long time, but I’ve very rarely used it. I never really found the need or desire to—until now.

How Did Dictating a Blog Post In Gmail Go?

All in all, it appears Gmail’s speech-to-text feature functions much like how Don described Dragon Dictation does.

It spells most words correctly—with a few exceptions here and there. And with the proper voice prompts, it adds punctuation. When instructed, it adds commas, periods, question marks, exclamation points, and colons. I found I needed to use the singular form (e.g., “comma” vs. “commas”) for the app to recognize and insert the marks; otherwise it would spell out the word. I could also start new paragraphs by saying, “new paragraph.” Semicolons and parentheses evaded me, so I’ll have to do some research to see if there’s a way to “talk” them into the text.

A Couple Of Gmail Speech-To-Text Quirks

This 522-word post required a total of 54 minutes to compose and edit. I estimate it would have taken me approximately an hour and a half without using the Gmail voice-to-text feature for the initial draft.

I think after getting more accustomed to dictation, the overall process will go even more efficiently. If my spoken thoughts had been more organized in this experiment, it would have taken me less editing time.

I’m definitely going to use this method for future blog posts. It provided a nice break from pounding out every keystroke, and it saved time.

Have you used a dictation app or other voice-to-text feature to begin drafts of your blog posts? I’d love to hear what has work for you and share it with my readers.