To Do: Migrate My RSS Feeds from Google Reader to Feedly. Check!

To Do: Migrate My RSS Feeds from Google Reader to Feedly. Check!

Google Reader users, time is ticking! Google is putting to rest our beloved RSS feed aggregator on July 1. Although I’ve known about it since Google made the announcement and I had soon afterward decided to make the move to Feedly (the most viable alternative for me), I didn’t make the switch until today. If you’ve been dragging your feet, too, I’m here to tell you to follow Nike’s advice and “just do it!”

I’m a Chrome user, so I simply selected “Get Feedly for Chrome” and gave Feedly permission to access my data on the websites that I visit. 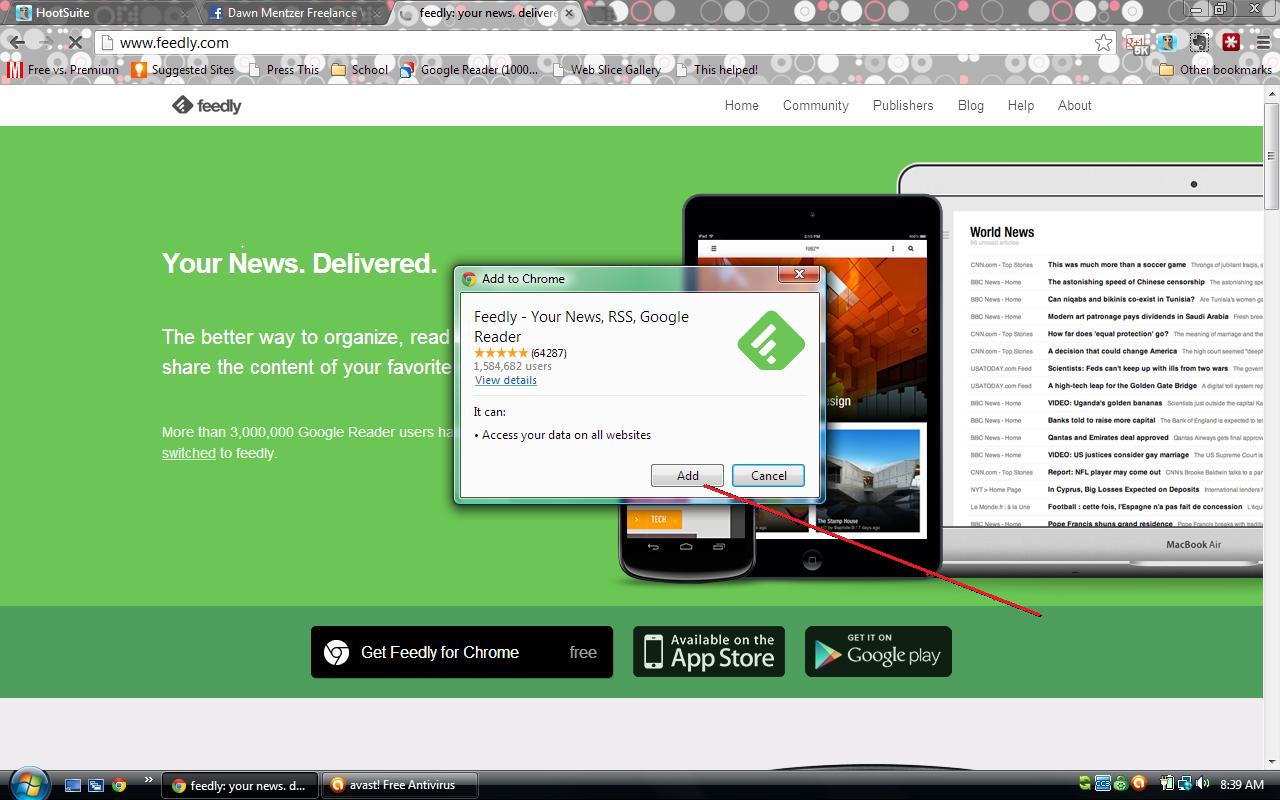 After that, Feedly prompted me to import my feeds from Google Reader… 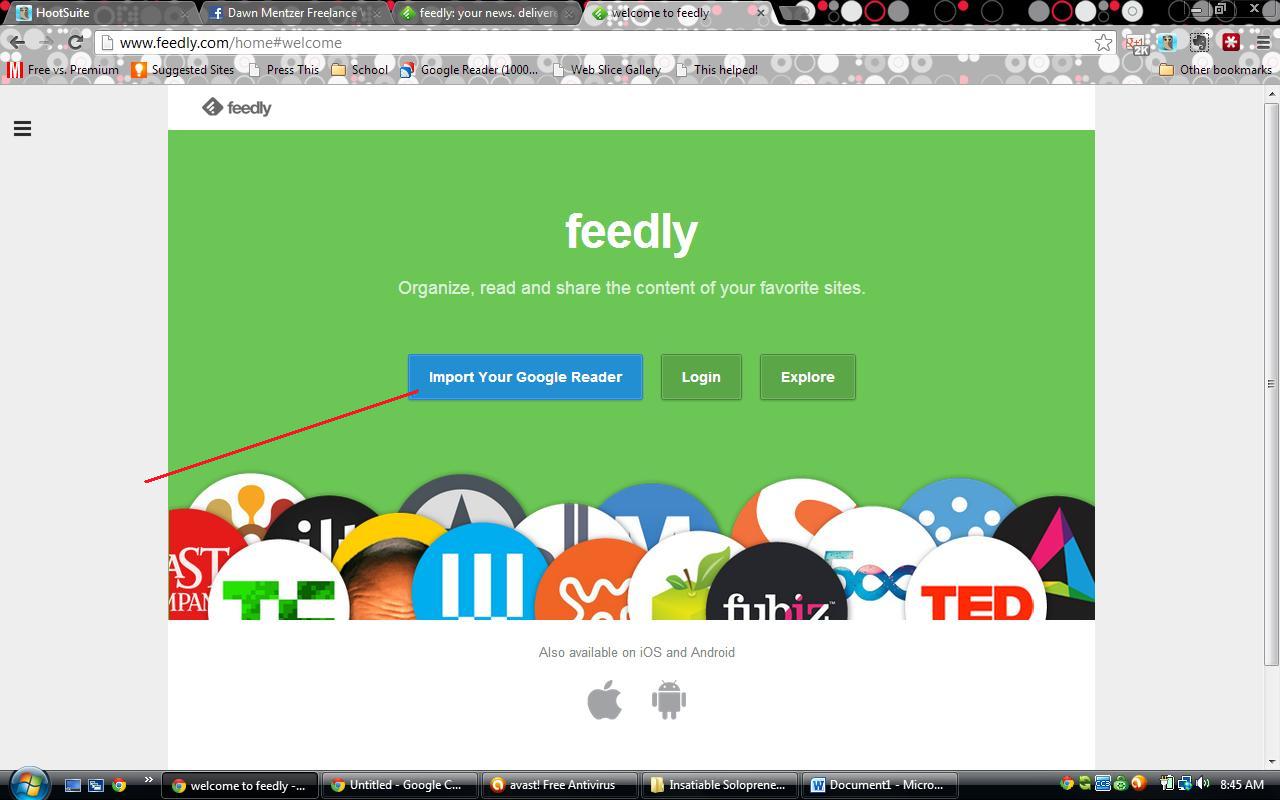 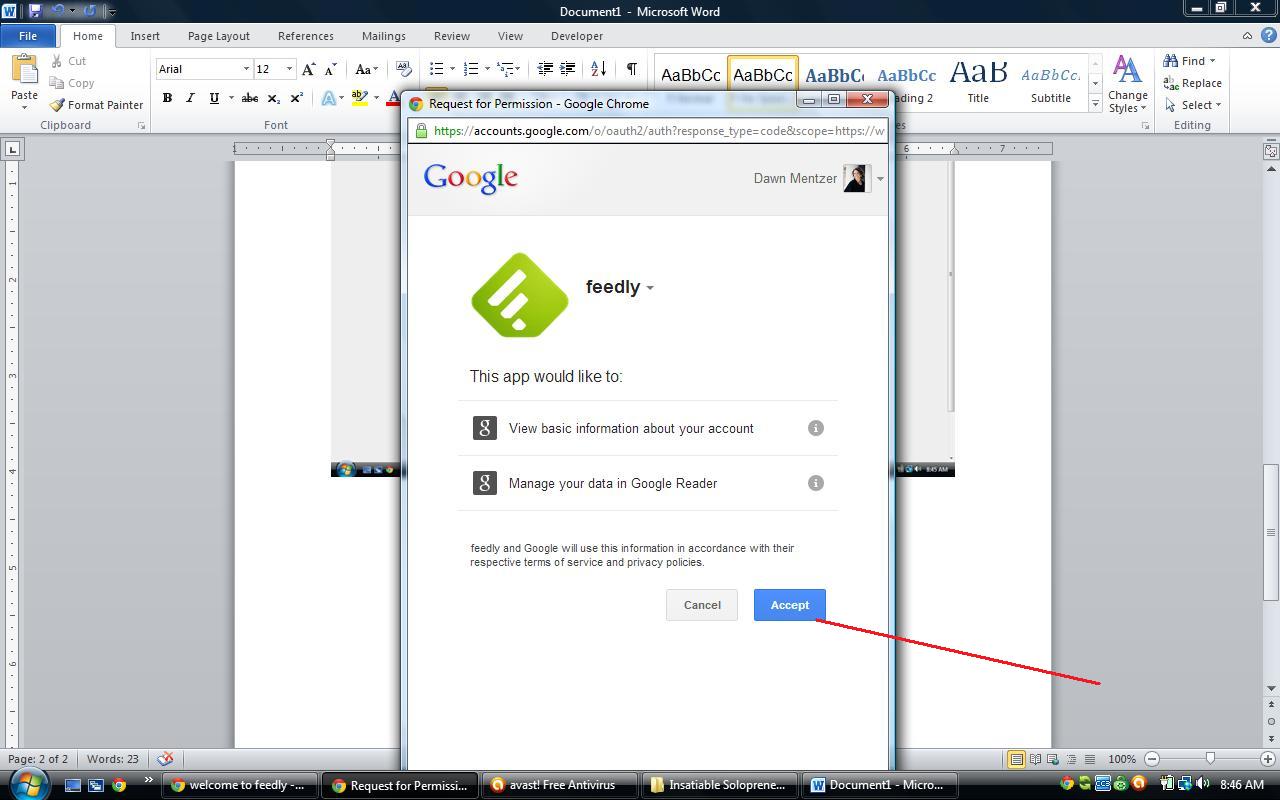 After that, it logged me in automatically and displayed the feeds in Google Reader that will migrate. From there, I clicked on the green banner at the top of the page to “Prepare for final step of the migration.” 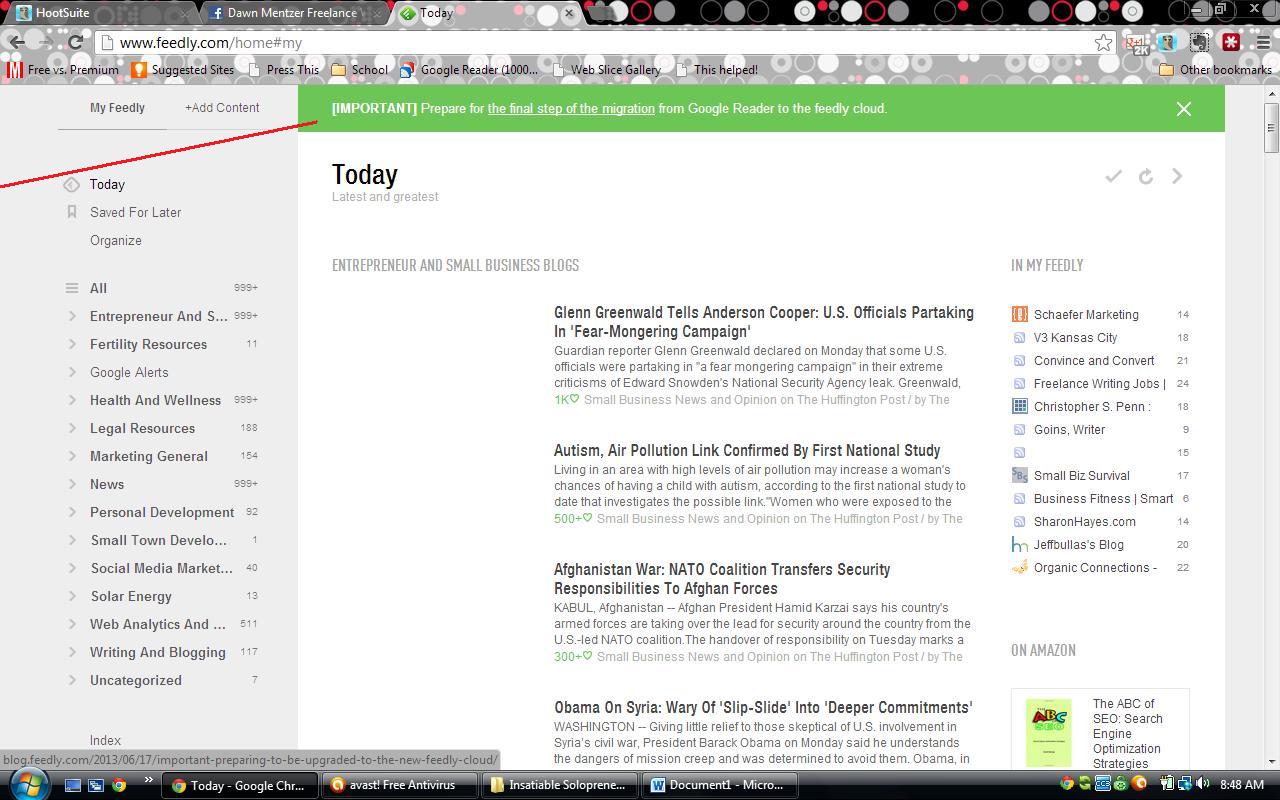 Next, Feedly directed me to a page that explains how you can prepare for the upgrade which covers: 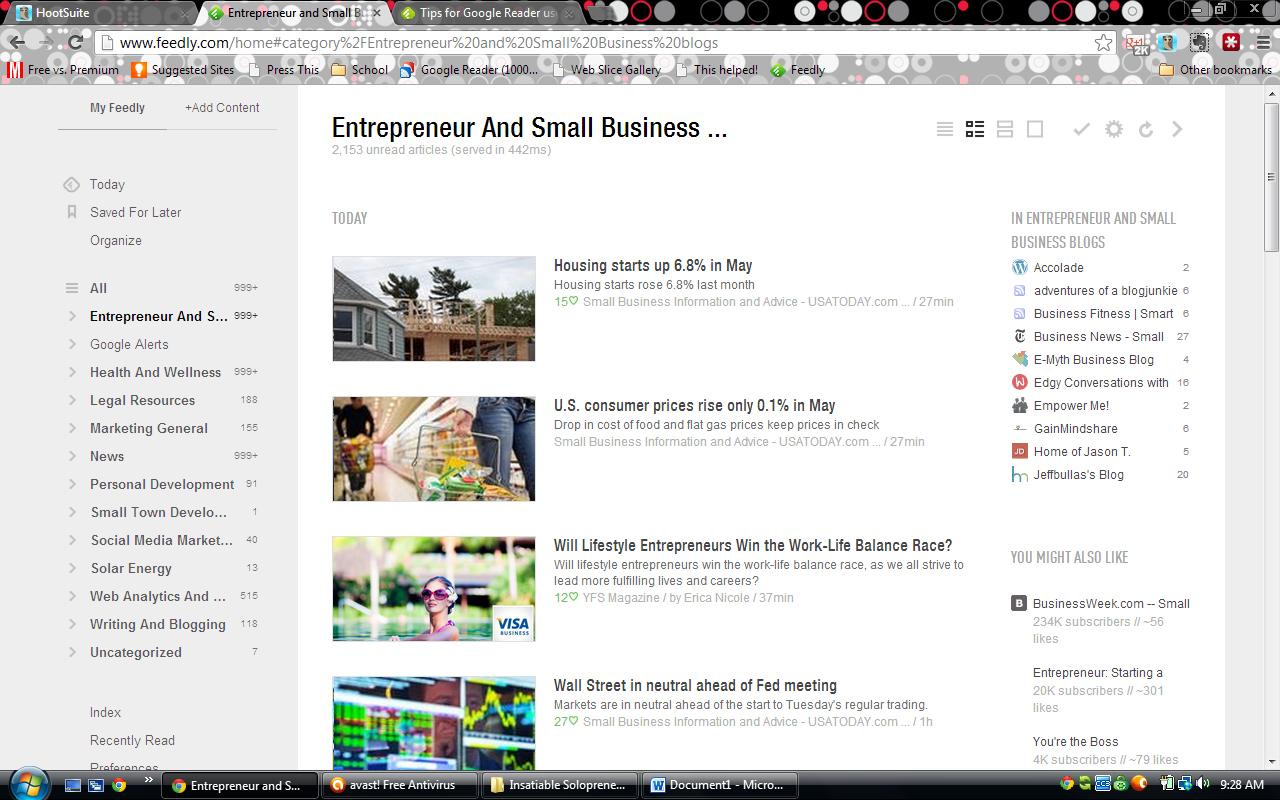 The only minor issue I ran into is that I’m not seeing the mini toolbar at the bottom of the browser even though I selected it as a preference. According to some online discussions on the topic, it appears others have had some issues with the mini toolbar as well. No deal breaker…I added Feedly to my bookmarks bar instead.

Other than that little glitch, so far so good. I’ll need to familiarize myself a bit more with the layout, but I like what I see. It’s well organized, relatively intuitive, and not all that different from Google Reader in terms of look and feel.

Here are two resources that I think will help me get acclimated. You might want to take note of these, too.

Adding News Feeds to Your Feedly

So what are YOU waiting for?

Your turn If you’ve migrated your Google Reader feeds to an aggregator, which one did you choose? Has it been an easy transition?

2 comments on “To Do: Migrate My RSS Feeds from Google Reader to Feedly. Check!”