To Renew Or Not To Renew? Pros And Cons Of A Chamber of Commerce Membership

To Renew Or Not To Renew? Pros And Cons Of A Chamber of Commerce Membership

Not all solopreneurs I know enjoy networking. I do. But that doesn’t mean I—and folks with that same love of mixing and mingling—shouldn’t be selective 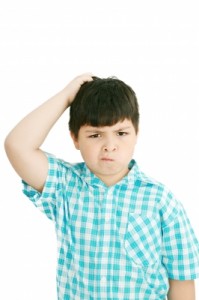 about which networking groups we join and maintain membership in.

I’m a member of several networking groups, including the larger regional chamber of commerce in our county. I’ve been a part of that one for the past five years, ever since I started my freelance writing business.

With my membership due to expire November 30, I have a decision to make: Do I renew?

I’ve only attended approximately 4 events (business mixers) throughout my past year of membership.

A few years ago, when I had fewer clients and had more time, I was able to attend nearly every monthly business mixer and several education sessions. These days, time is limited and I can’t as easily work it into my schedule.

I know other solopreneurs and small business owners face the same dilemma as their chamber memberships near their annual expiration.

So, I’m going to think out loud here to weigh the pros and cons. You might be pondering some of the same as your networking memberships near their expiration dates.

Cons Of Renewing My Chamber Membership

Cost of A Chamber Membership

Membership has price tag of over $400. That’s not an insignificant investment for most solopreneurs, and it’s what kept many of my peers from joining in the past. The mixers I attended were “free” (a.k.a. included in the cost of membership). Do that math and it equates to $100+ per event. Most other events have an additional fee—and that can add up. If I don’t renew, I’ll reduce my networking membership costs to about $150 per year.

Beyond the mixers, most other events are typically scheduled during times of the day when I need to be working on projects for my clients. Yes, I could do my client work in the evening, but I have a family who I’d prefer not to ignore.

Getting Lost In The Shuffle

The regional chamber is big. So big that many mixers draw hundreds of attendees. That’s overwhelming—and distracting—when you want to get to really know people rather than just superficially make their acquaintance.

My target audience is one that extends nationally. That said, I do collaborate with a good number of local clients who I love working with. But I’ve become connected with most of them through LinkedIn and referrals rather than through my direct affiliation with the chamber.

Pros Of Renewing My Chamber Membership

A Listing in the Chamber Directory

If I were to not renew my membership, I would lose that point of presence.

Particularly when talking with prospects in the local area, mentioning you belong to the chamber holds some professional clout. It demonstrates involvement in the community and projects a degree of trustworthiness.

Show of Support to the Local Business Community

Even though my target audience extends beyond local prospects, I feel strongly about helping local businesses succeed. The chamber provides advocacy, educational programs, networking opportunities and other programs to help entrepreneurs in my area.

While most known for face-to-face networking opportunities, the chamber also has a relatively active LinkedIn group where, as a member, I’m at liberty to post updates and interact with other chamber members. I’ve found it effective for increasing the visibility of my business and personal brand. If I don’t renew, that platform of awareness will go away.

To Renew Or Not To Renew? My Decision.

After thinking it through, I’ve decided to renew. Why? I realize the effort I put into it directly correlates to what I get out of it. That’s true of many networking group opportunities, but especially with chambers of commerce. The more present you are, the more trust you build in the local community. And even if, like me, you work with a lot of clients outside of the area, you can generate referrals. Many local professionals have connections not only in their immediate geographic region but also in other counties, states, and internationally. Exposure and awareness matter as a solopreneur. Four hundred dollars may seem like a lot of cash for a solopreneur to dish out for a membership, but one decent project accomplishes a full ROI. All things considered, the investment seems a reasonable price to pay for expanding my reach. It will be up to me to make the best use of my dollars.

Your turn! What factors influence your decision to join—or not join—chambers of commerce and other networking groups?

4 comments on “To Renew Or Not To Renew? Pros And Cons Of A Chamber of Commerce Membership”