How to Give Your Small Business Staying Power on Social Media

How to Give Your Small Business Staying Power on Social Media

Here today; gone tomorrow. On social media networks, that describes a lot of solopreneurs and small business owners. If 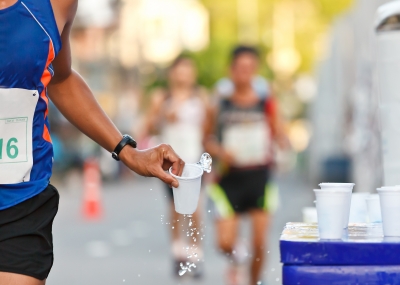 you’ve been using social media consistently, you’ve probably noticed some people and brands start strong, but then drop off the radar almost completely. I’ve especially noticed it on Twitter. In my three years actively using the network for business, I’ve seen people go from tweeting and interacting full throttle to running out of gas, their tweets coming to a full stop. It happens on all of the other networks, too…Google+, Facebook, Pinterest…

But why? If people know (and most do) that building brand awareness and professional relationships on social media takes prolonged and consistent effort, why do so many give up?

It’s simple: They bite off more than they can chew and get overwhelmed in trying to keep up amid all of their other business responsibilities.

Tips for Giving Staying Power to your Social Media Efforts

If you – or someone you know – is struggling with keeping current on social media, here are a few pointers that might help:

Educate yourself about how much activity is needed to gain traction on the various social media channels.

Twitter, for example, requires significantly more posts to stay top of mind because of its fast and furious nature. By contrast, connections would find it overkill if you posted that many updates on Linkedin. By knowing how much posting and interacting individual networks demand for gaining notice and building goodwill, you’ll better be able to choose which are right for you.

Be realistic about how much time and effort you can – and are willing to – devote to social media networking.

Far worse than not being on a popular social media channel is being there with a severely neglected account. If you haven’t posted a status update on your Facebook page for 3 months, you need to make a decision: either get active or cut the cord. The same goes for any other online social network. Are you committed to putting in the time and work to stay consistent with each of your social media networks? If no, are you willing to delegate or outsource your social media responsibilities? If no again, it’s time to close some accounts.

Learn and use social media tools.

Time-saving, productivity-boosting online tools can make a big difference in how well you’ll be able to manage your social networks. I use both Hootsuite (which also has a wonderful dashboard component) and Buffer for scheduling posts. Using an RSS reader like Feedly will help you keep content sources readily accessible when you’re looking for relevant articles to share with your audience. Also important: organizing the connections in your network (for example, via aptly-named circles in Google+ and lists in Twitter) to make it easier to keep tabs on posts by the key people (e.g. clients, prospects) you want to interact with. And don’t downplay the power of mobile apps! Google+, Facebook, Twitter, Instagram, Pinterest, Linkedin…they all have mobile apps for Android and iOS. Use them to keep up on your networks when you’ve got idle time waiting for a client at a coffee shop or when you’re in line at the grocery store.

For some people, having a pre-set content calendar helps keep them on track. This may or may not work for you depending on your type of business. When creating content in advance, you run the risk of appearing like you’re sharing yesterday’s news. Still, it’s good to at least have a loose plan for how you’ll approach your social media activities. Establish how often you’ll aim to post updates, how often you’ll login to your networks to interact with others, and what mix of content you’ll share (article links, photos, videos, contests, etc.).

Last but not least…

Don’t be too hard on yourself if you fall short! Occasionally, you will. We all do! Expect times when you won’t fulfill your social media commitments. Life happens. Work happens. Both can throw unexpected surprises that can derail your best laid social media plans. When they do, don’t look back and beat yourself up over it. Instead look forward and pick up where you left off. Just don’t give up!